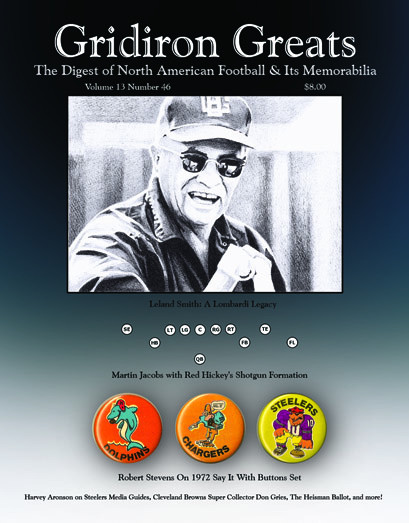 Welcome to Issue 46 of Gridiron Greats Magazine. The following articles are included in this issue of our Fall 2014 magazine.

A 1951 College All Star Game Find
By Paul E. Levine

Huddle Up!
By Jared Kraus