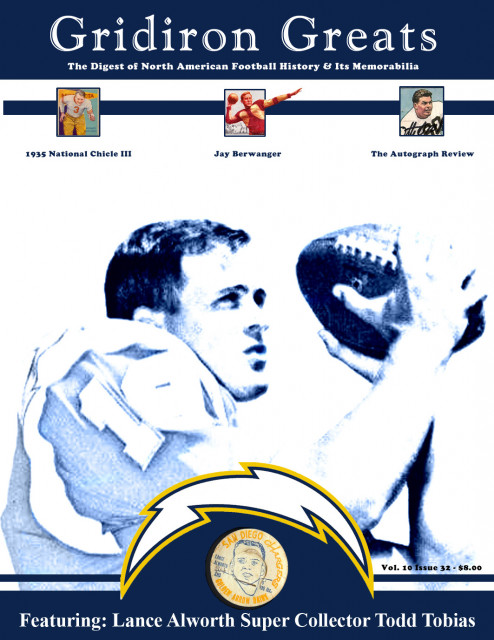 Welcome to Issue 32 of Gridiron Greats Magazine.  The following articles are included in this issue:

The Players of the 1935 National

By John Spano and Joe Squires

Oh What Shoulders! An article on Hardy Brown.

The Day I met the First Heisman Trophy

By Carl Bonner and Mike Lamendola

Signatures for the Asking